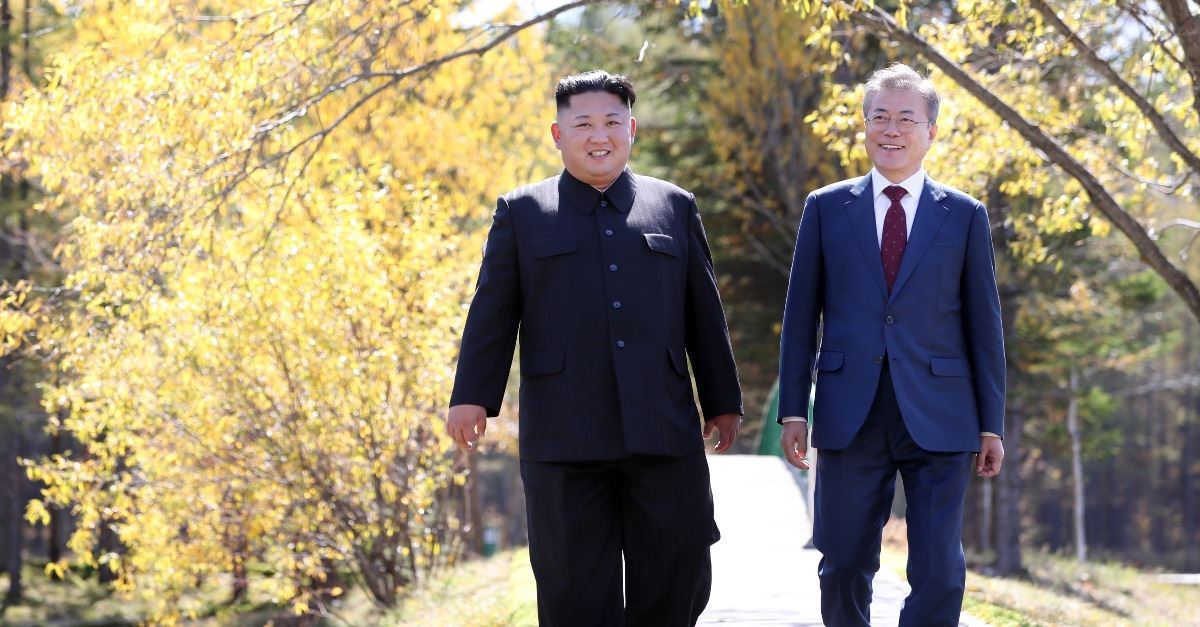 The office of South Korean President Moon Jae-in announced on Tuesday that Pope Francis will be invited to Pyongyang, North Korea to meet with Dictator Kim Jong Un.

A Blue House spokesman Kim Eui-kyeom, reports that Francis will receive this invitation next week when Moon, also a Catholic, visits the Vatican.

Moon will visit the Vatican on October 17 and 18 and is set to be received by the pope at the Vatican Apostolic Palace on the second day.

According to Channel News Asia, Kim said, “President Moon will visit the Vatican on Oct. 17 and 18 to reaffirm its blessing and support for peace and stability of the Korean Peninsula.”

“Especially when he meets with Pope Francis, he will convey Chairman Kim’s message that he will ardently welcome him if he visits Pyongyang,” the news outlet added.

According to Moon’s office, Kim told him last month during their meeting that Pope Francis would be “enthusiastically” welcomed into North Korea, despite the countries negative record with religious persecution.

The Communist nation is known for its aggressive repression of religious freedom and restrictions on what ‘illegal religious activities.’ According to the Christian Post, all worship must be state-sanctioned, and if it is not it must be conducted in secrecy due to the fear of arrest.

Currently, tens of thousands of people are being detained in North Korean in labor camps for their religious beliefs and defection.

According to the watchdog group Open Doors USA, North Korea has consistently ranked the worst country in the world in regards to Christian persecution.

The Associated Press reports that the Vatican has yet to comment on the pending invite or on the Pope’s likelihood of accepting Kim’s invitation.