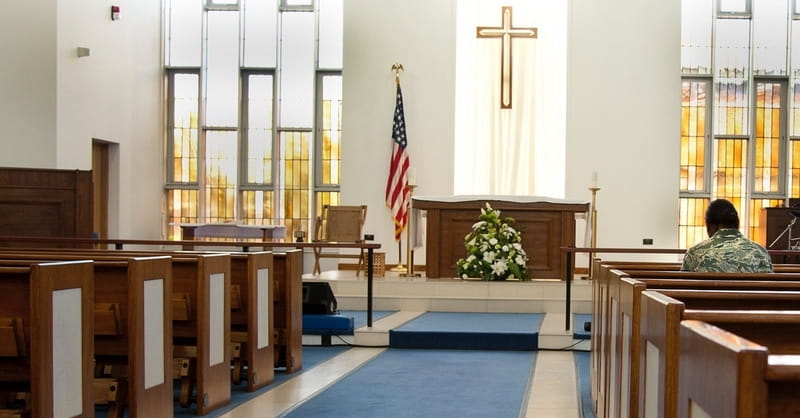 COLUMBUS, Ohio (RNS) — Half of the Protestant pastors say they preach to their churches about domestic and sexual violence, an increase from four years ago when only a third said they raised the issue, a new survey shows.

LifeWay Research took a detailed look at Protestant clergy’s attitudes toward abuse and harassment and what they’ve done about it, surveying 1,000 pastors by phone during the summer of 2018 as the #MeToo and #ChurchToo movements dominated the news.

The research results were announced during the annual conference of the Religion NewsAssociation and released Tuesday (Sept. 18) by We Will Speak Out the U.S., a partnership including the social justice organization Sojourners and IMA World Health, an interfaith health agency, both of which co-sponsored the research.

Surveyed in June and July, 51 percent of Protestant pastors said they speak to their congregation about the issues at least several times a year, compared with 34 percent in 2014. Almost two-thirds of the pastors surveyed this year and four years ago said that domestic or sexual violence occurs in the lives of their congregants.

Jenna Barnett, the coordinator of Sojourners’ Women and Girls Campaign, said the survey — coming as some Protestant and Catholic clergy “fall necessarily from glory” amid abuse and harassment allegations — is part of an effort to ascertain the level of understanding of pastors about these issues and any progress that has been made in recent years.

“We saw an uptick from 2014 to 2018 in both how many pastors report experiencing domestic and sexual violence themselves and how many reports knowing a loved one who has experienced this violence,” she said.

Barnett believes the increases could be caused at least in part by a decrease in the taboo of declaring oneself a survivor and an increase in literacy about abuse and harassment.

“Either way, when you see the impact of this type of violence firsthand or secondhand, it becomes harder and harder to remain silent and do nothing,” she said.

Of pastors who had heard of the #MeToo movement, 4 in 10 said they were more inclined to preach about sexual and domestic violence. A similar percentage said they understood more about the topics because of the movement.

Almost half who said they speak less than once a year about these topics said the reason was “It is not a problem in our congregation.”

Scott McConnell, executive director of LifeWay Research, said in an interview about the survey that clergy would be wise to realize that if something is prevalent in the wider culture, it’s probably happening in their congregations too.

“Especially a topic like this — it’s hard to share you’ve been a victim, and so the natural tendency is not to share,” he said. “When you begin to speak about it, suddenly you’re giving people license to confide in you.”

Researchers found that more clergy is making referrals to a service agency or offering couples or marriage counseling, with 8 in 10 pastors saying they had made a referral and 7 in 10 saying they had provided counseling.

McConnell found it encouraging that pastors are making referrals.

“A lot of pastors may not want to speak on it because they’re not ready, they’re not trained,” he said. “But if you know the resources in your area — which most pastors said they did — just refer.”

Matt Hackworth, senior director of external relations for IMA World Health, noted that the National Domestic Violence Hotline does not recommend couples counseling when there is an abusive situation and said that advice “makes sense if one considers safety and security to be the priority.”

Experts involved in the survey said they hope to foster additional training in seminaries and by denominational leaders to build awareness and encourage appropriate action by clergy.

“If 90 percent of pastors will encounter domestic or sexual violence situations, then why aren’t 100 percent of them trained on how to handle them?” asked Barnett, who noted that Sojourners will be launching a series of 100 sermons on domestic and sexual violence on Oct. 1 for Domestic Violence Awareness Month.

Although the study focused most on abuse, researchers also addressed sexual harassment. Three-quarters of pastors said they knew of someone who had been sexually harassed, and 16 percent said someone on their church staff had experienced such harassment in a church setting.

Eight in 10 said they have a policy or procedure in case a staffer is accused of sexual harassment, and 12 percent said a church staff member had been found to have sexually harassed a congregant.

Bishop Cynthia Moore-Koikoi, who leads the Western Pennsylvania Conference of the United Methodist Church, said training and preaching are necessary to confront both abuse and harassment. But she said preaching also needs to address the earliest stages of a predator’s attempts to get to know a potential victim.

“Before it gets to full-blown abuse, there’s some grooming going on,” she said in an interview after speaking to journalists on a panel about #MeToo and religion. “So we can do some preaching and teaching about creating a climate so that grooming doesn’t happen.”

Other findings of Protestant pastors include:

The survey, conducted between June 19 and July 2, has an overall margin of error of plus or minus 3.2 percentage points.