Georgia Teacher Donates His Kidney to His Sixth Grade Student 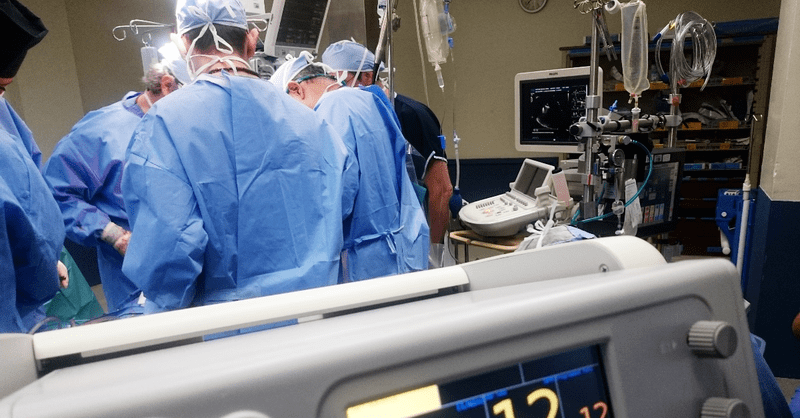 Sixth-grader Kaden Koebcke received a gift from his Technology teacher that can save his life on Tuesday; a kidney.

According to Fox News, Koebcke’s teacher, William Wilkinson, teaches technology at Grace Christian Academy in Powder Springs, Georgia and has opted to serve as a living donor to his student.

The 12-year-old was diagnosed with kidney disease when he was only two years old and has already had to have one transplant. The organ for the first surgery came from Koebcke’s father who is the only donor match for Koebcke in his family. Unfortunately, Koebcke’s first kidney transplant, which was performed when he was five years old, did not work.

According to Fox News, Koebcke recalled that “it came back so badly that they had to remove it within five days of them putting it in.”

Now without a kidney, Koebcke had to go on dialysis, which he has been on for the last ten year.

After years of waiting for a new kidney, however, his family decided to take matters into their own hands and find a donor for Koebcke themselves. The family took to Facebook setting up a page called “Kaden’s Kidney Search,” and hoped that someone would be a match.

The Facebook page was flooded with support and finally, their prayers were answered. Koebcke’s technology teacher was a perfect match and the surgery was scheduled for Tuesday.

The family updated Koebcke’s advocates on the Facebook page saying, “Kaden and Will are both doing well!! Kaden had a great night. He feels pretty good. Thanks to your prayers and our faithful God, his urine output is great!”

Koebcke could not be more excited about receiving his new kidney. Koebcke told Fox News that he hopes that this will allow him to “live a normal life, and not have to live life hooked up to a machine.”

When sitting down with Fox News, with tears in her eyes, Koebcke’s mom said, “I know we can get through anything, no matter the outcome because I know that God has a plan for him.”