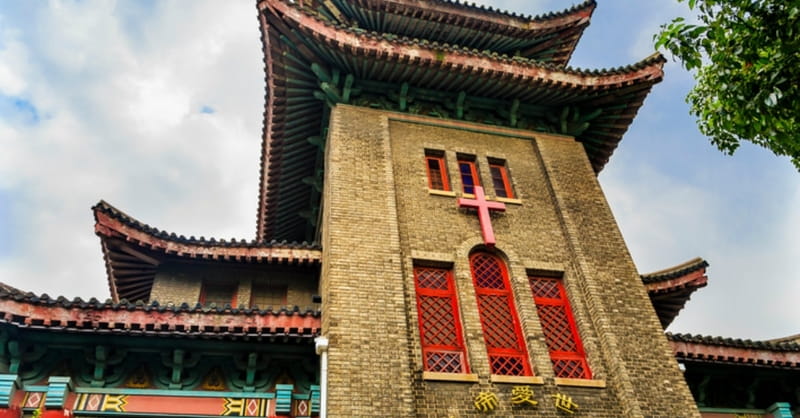 China is in the midst of an “ambitious new effort” to lessen or even eradicate the influence of Christianity and religion from the country, according to an investigation by the Associated Press.

An in-depth story by AP described churches being shut down, Bibles being seized and restrictions being placed on other religions, too. Crescents have been removed from mosques and Tibetan children removed from Buddhist temples and placed in public schools.

One Christian named Guo described an incident in which Chinese officials interrupted a church meeting and told everyone to leave. They then ordered church leaders to remove a cross, a Bible verse and a painting of the Last Supper off the wall. Guo didn’t give his full name out of fear of government repercussions.

“I’ve always prayed for our country’s leaders, for our country to get stronger,” he told AP. “They were never this severe before, not since I started going to church in the 80’s. Why are they telling us to stop now?”

In recent months, Chinese authorities have:

The AP story further said that under Xi, Christians “are seeing their freedoms shrink dramatically even as the country undergoes a religious revival.” Experts said Xi is “waging the most severe systematic suppression of Christianity in the country since religious freedom was written into the Chinese constitution in 1982,” according to AP. The goal is to “Sinicize” the nation’s religions with “Chinese characteristics.” First among these is loyalty to the Communist Party.

“Xi is a closet Maoist — he is very anxious about thought control,” Willy Lam of the Chinese University of Hong Kong told AP. “He definitely does not want people to be faithful members of the church, because then people would profess their allegiance to the church rather than to the party, or more exactly, to Xi himself.”