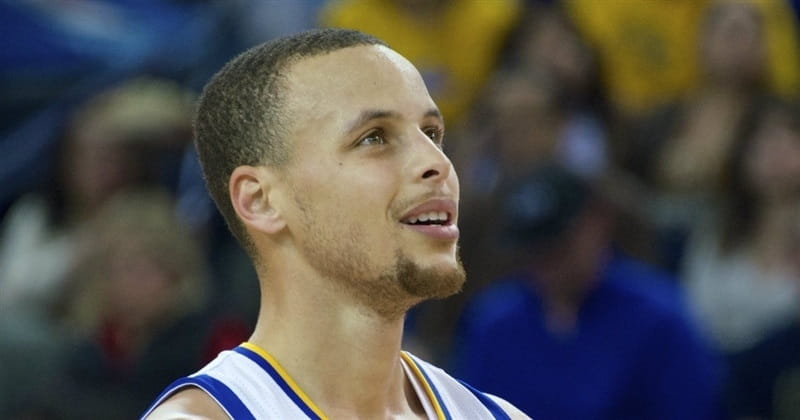 “Tonight [I was] just trying to keep confidence … knowing that I can make shots and just appreciate the moment,” he said in a post-game interview on ABC. “God is great to put me on this stage and no matter what happens, win or lose, I’m going to have fun and play my game.”

Curry, who is known for his Christian faith, scored a team-high 29 points in Game 1 of the NBA Finals and a game-high 33 points in Game 2 before having an off night in Game 3 with only 11 points. In Game 4 Friday, he was back in form.

The Warriors swept the Cleveland Cavaliers in four games. Curry’s nine 3-pointers in Game 3 were an NBA Finals record.

“We got it done for the third time in four years and joined a pretty exclusive group that has won three championships, so I’m pretty proud of our team and our group and I’m looking forward to tomorrow,” Curry said Monday on ABC’s Good Morning America, referencing a parade for the team.

In March after his teammate, Patrick McCaw was injured he wrote, “Please send up prayers thoughts love to my guy @PMcCaw0! God please heal his body and keep him strong!”

Four days earlier, Curry posted a Bible verse with no commentary, “Psalm 27:13-14 I remain confident of this: I will see the goodness of the LORD in the land of the living. Wait for the LORD; be strong and take heart and wait for the LORD.”

During games, he wears an Active Faith band that reads: “In Jesus Name I Play,” Sports Spectrum reported. He is a two-time NBA MVP.