Death Toll in Jos, Nigeria Attacks at 218, including Pastor, Wife and Son 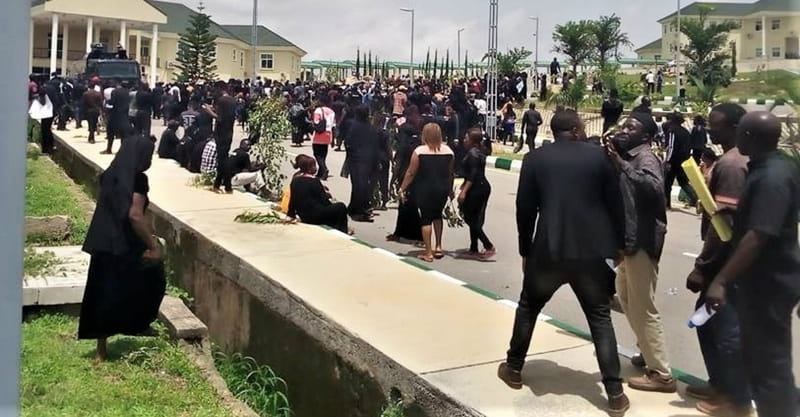 An Assemblies of God Nigeria pastor, his wife, and son were among at least 218 people killed in Muslim Fulani herdsmen attacks on predominantly Christian areas near Jos on June 23-25, a denominational leader said.

Two days after the general superintendent of the AG-Nigeria denomination, the Rev. Chidi Okoroafor, reported the deaths of the Rev. Musa Choji and family members in the Barkin Ladi area near Jos, the federal government on Thursday (June 28) ordered the arrest of a pastor who organized protests of the killings, Christian leaders said.

The Rev. Isa Nenman, a pastor in Jos, was arrested on Thursday after the protests reportedly resulted in property destruction when he led demonstrators to the Government House, the residence of the governor of Plateau state, on Wednesday (June 27). Nenman is northern zone chairman of the Christian Association of Nigeria (CAN), Plateau state chapter.

“Following yesterday’s peaceful protest by CAN supported by youth groups, the CAN chairman, Northern Zone, is in police custody, and there is a directive from Abuja to make arrests,” Paul Dekete, one of the facilitators of the protest march, said in a press statement.

The protest saw thousands of Christians dressed in black marching to the Governor’s House to demonstrate against incessant attacks on Christians in the state by armed Fulani herdsmen. Prior to the protests, Christians in Plateau state had observed two days of fasting and prayer on Wednesday and Thursday (June 27-28).

The protestors carried a placard calling for the government to “Declare Fulani herdsmen as a terrorist,” and another one that read, “Ransack Fulani settlements.” The protests started peacefully, but after the governor declined to receive them, protestors reportedly tried to storm the premises, threw stones at cars and offices and chased government officials.

Killing of Pastor
The AG-Nigeria’s Okoroafor said the herdsmen in the June 24 attacks burned down the worship auditorium where Pastor Choji served.

“We received with pains in our heart the brutal killing of our pastor, the Rev. Musa Choji, his wife, his son and many other Nigerians including women and children, and also the burning of our church,” Okoroafor said. “The leadership of the Assemblies of God Nigeria calls for serious prayers and asks the government to do her expected responsibility by fishing out perpetrators of this ungodly act.”

CAN national leaders last week reported that 218 Christians died in the June 23-25 attacks.

CAN President Samson Ayokunle said in a press statement that the Christians were killed in 44 villages across the local government areas of Barkin Ladi, Riyom, Bokkos, and Jos South, all in Plateau state.

“As the umbrella organization for all Christians in Nigeria, we are at pains at the tragedy that has befallen our members,” Ayokunle said. “We mourn the death of over 200 Christians slaughtered on the Plateau at the weekend, and we passionately appeal to the [Muhammadu] Buhari-led administration to rise up and put a stop to further killings of innocent people, including defenseless women and children.”

Ayokunle, also president of the Nigerian Baptist Convention (NBC), said CAN be obtained reliable information on the number of dead from June 23 to June 25 from local government areas around Jos.

“Apart from the total number of the deaths, there are still missing persons,” he said. “Many people also sustained various degrees of injuries.”

The Nigerian government should ensure that Christians are protected from further attacks, he said.

“CAN call on all security agencies to wake up to their constitutional responsibilities of protecting lives and property,” Ayokunle said.

He urged them to be proactive, saying mobilizing troops and policemen after the havoc has been done does not make sense, and that a government that cannot protect its citizens is a failed government.

“CAN is, once again, calling on President Muhammadu Buhari to replace all the security chiefs and the Inspector General of Police, because they have overstayed their welcome,” he said. “It is ridiculous and embarrassing that in the last three years, none of these criminals have been apprehended, detained, arraigned and convicted.”

This failure to prosecute is emboldening the herdsmen to kill the innocent with impunity, he said.

“We are approaching a state of anarchy faster than we can imagine,” he said. “Why are we following the footpath of Rwanda daily with these unprecedented killings and mass burials when we are not at war? ENOUGH IS ENOUGH.”