Inside Argentina’s ‘football crisis’: why there is so much pressure on Messi & Co. to win the World Cup 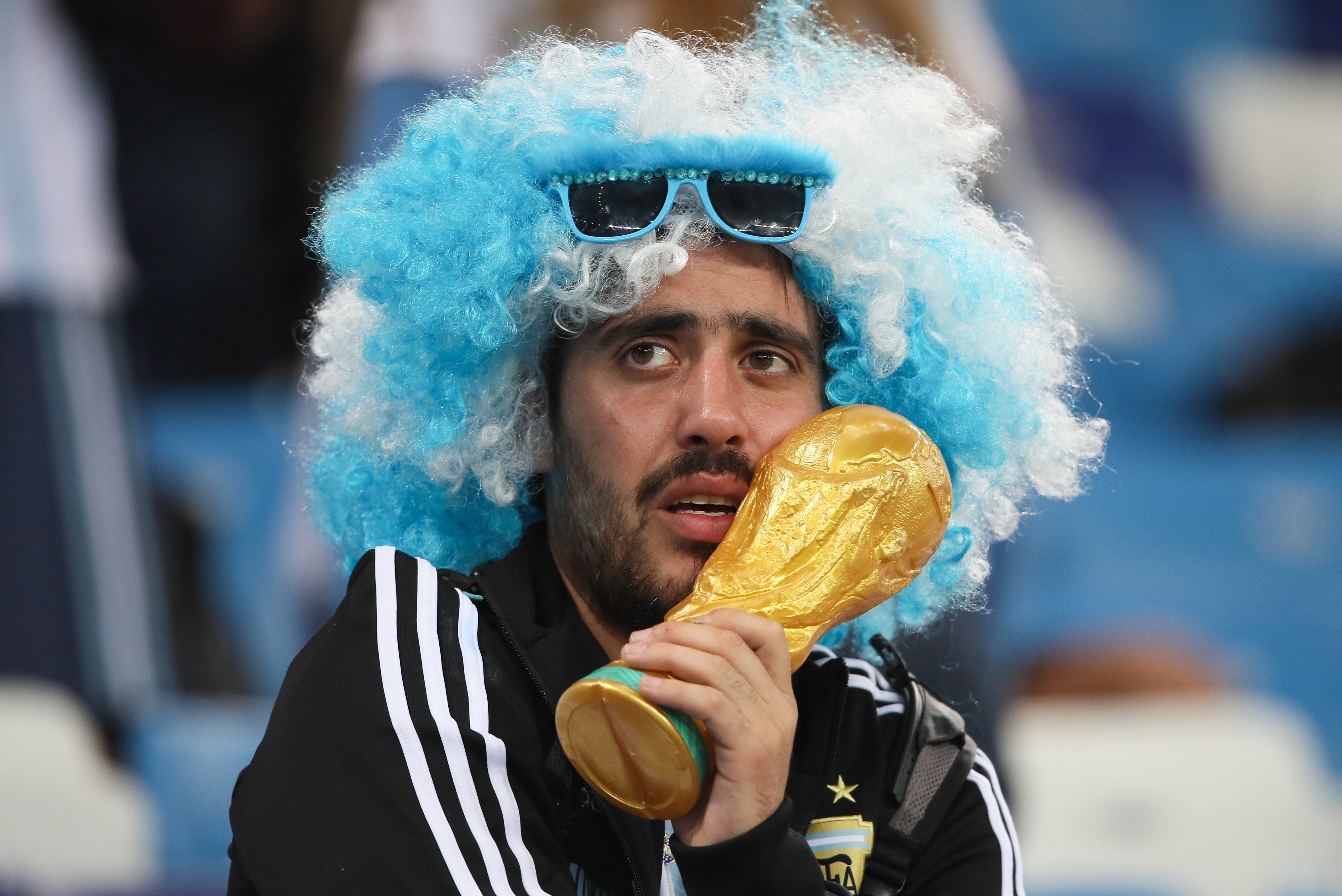 Why did an Argentine TV channel hold a minute’s silence after Thursday’s haunting defeat against Croatia?

Why did Diego Maradona say Jorge Sampaoli shouldn’t be let back into the country after the draw with Iceland?

Why is football in Argentina taken so seriously?

“Now the crisis is so great that not even winning the World Cup would fix it,” Cesar Luis Menotti said before the tournament when actually winning it seemed vaguely plausible.

Menotti believes there is something fundamentally wrong with Argentine football and, by extension, society.

There has always been pressure on Argentina’s national team; Menotti himself, staunchly left-wing, led his country to its first World Cup triumph in 1978 under the watchful eye of a brutal dictator, and four years later he was swiftly sacked after second-phase elimination.

Argentina’s exit from Spain ‘82 was deemed such a failure that the country’s decision-makers looked for a completely new direction, shunning Menotti’s free-flowing football for Carlos Bilardo’s conservative approach.

Bilardo himself would have considered the recent hammering of Sampaoli a walk in the park compared to what he went through ahead of the 1986 World Cup; the president – not of the football federation, but of the entire nation – urged his sports minister to sack Bilardo because results were not up to scratch. 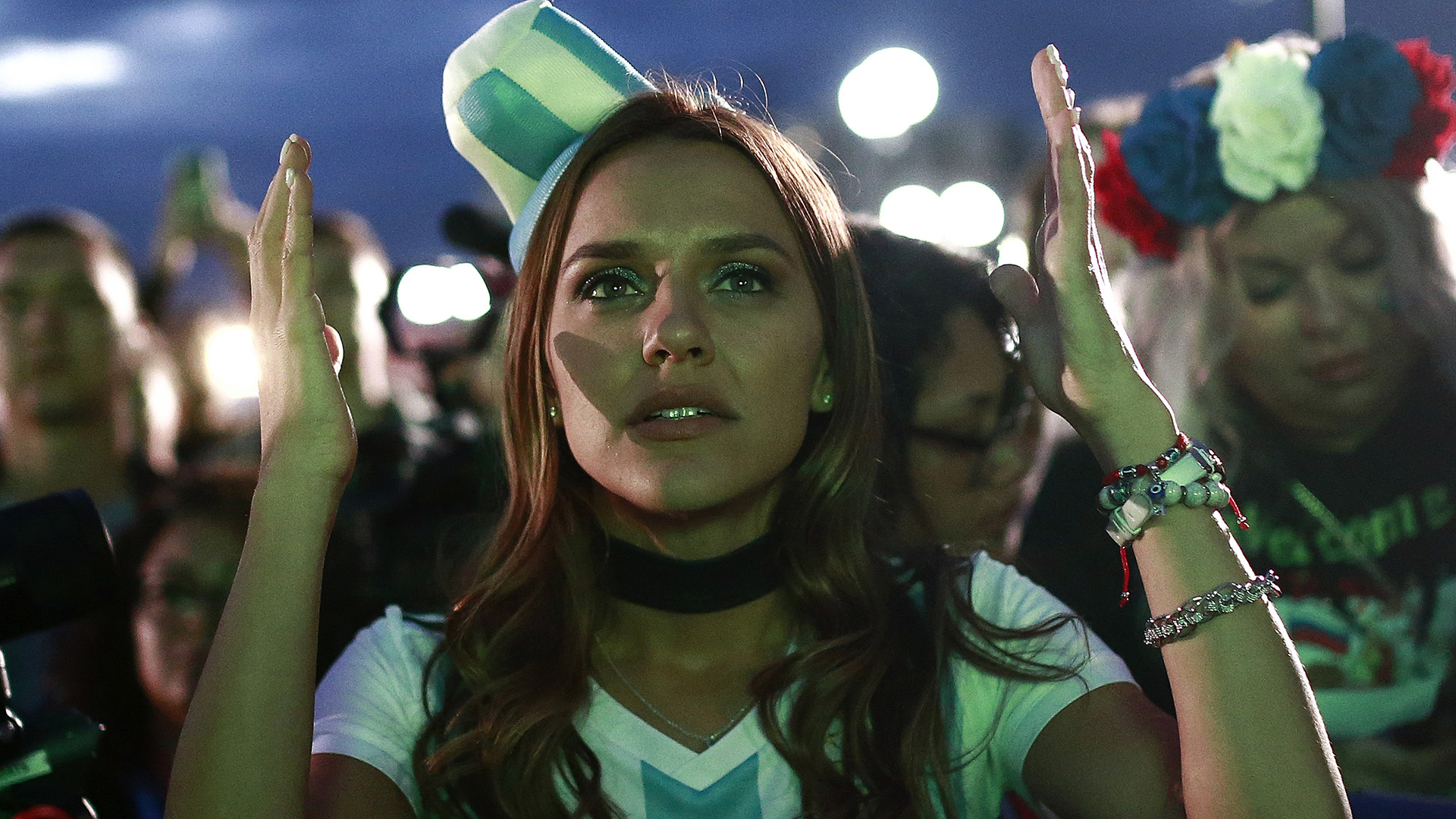 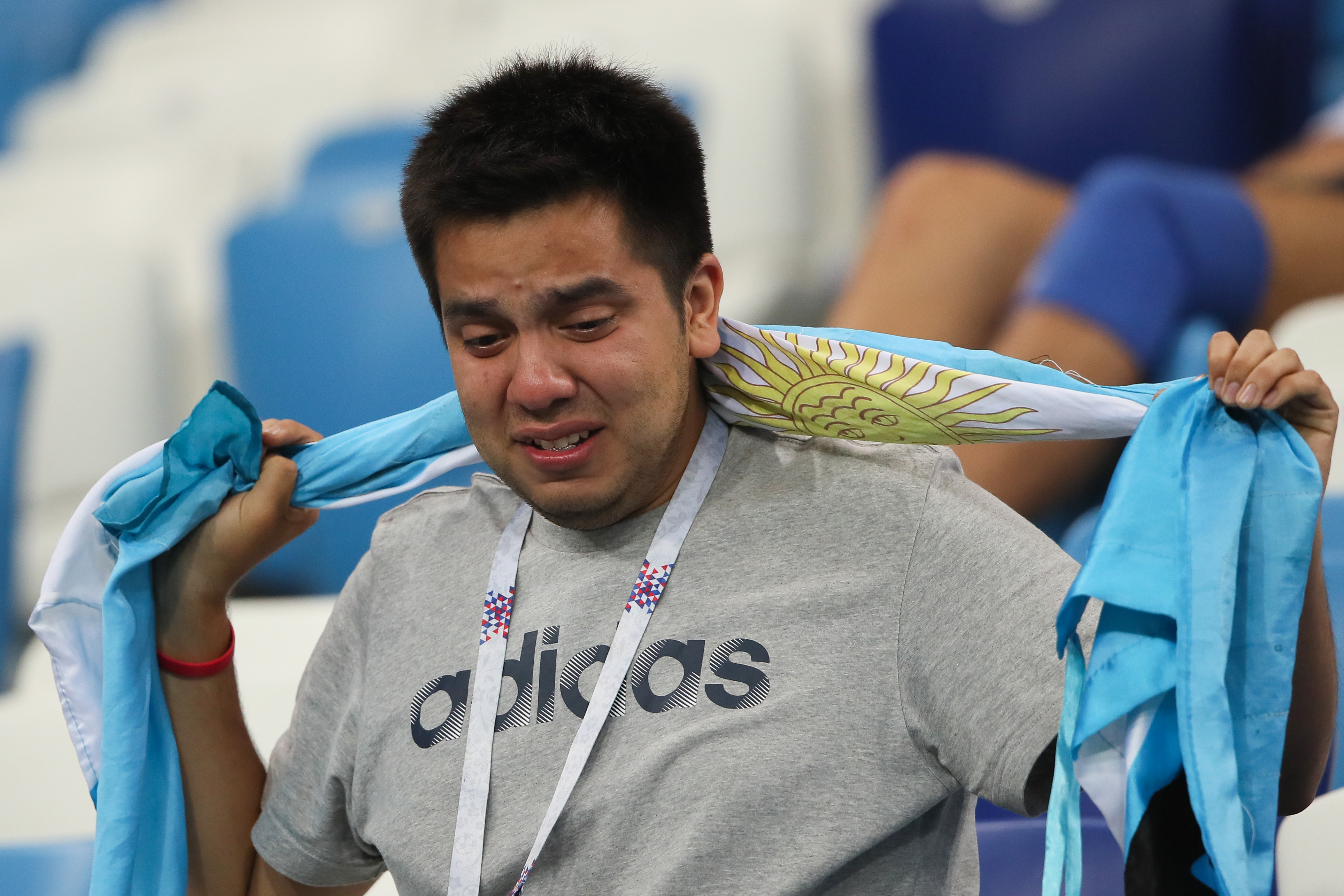 Bilardo’s Maradona-inspired side brought the trophy home from Mexico, of course, and that pressure was relieved.

But it has been building ever since. Argentina last won a senior trophy in 1993, 25 years ago, and the current side, having lost three finals in three years between 2014 and 2016, are feeling the weight of history.

They have not been helped by those who should know what it’s like to be under the microscope. Maradona has never had any problems criticising his successors, both on the pitch and in the dugout, and last month Bilardo himself reminded Lionel Messi of his obligations.

“You have to put pressure on them,” he said. “How long are they going to wait? These guys have three, four years left in them, nothing more. The wait is over.”

The pre-World Cup mood in the country was actually best summed up by a commercial for beer brand Quilmes.

The emotional advertisement shows a stadium full of fans venting their frustrations at a coach-like figure, who stands under an umbrella in the center of the pitch providing the voice of reason.

“We’ve lost three finals!” one fan cries. “Sometimes it looks like they don’t want to be here!” another adds. “We want them to show some balls!”

“Sometimes we ask more than that,” replies the lone voice. “We ask them to put joy in our lives, to cure us when we’re sick. We ask less of God.”

Menotti, in his pre-tournament interview with El Pais, explained why Argentine football has got to this stage.

“In the 90s, the national team and Argentine football became part of the world of big business,” he said. “It stopped doing anything of any worth.”

Menotti still believes in football, the game played by children, as he says it will “always be tied to culture and social learning”, but he believes once those children pass into the professional system – coaches who prioritise winning, clubs who prioritise money – the whole thing falls down, the basic principles of the sport are lost and, eventually, the priorities of an entire nation shift.

“Everything is different in professional football. When there are cultural crises, fans stop going to the stadiums. You have to differentiate between fans and spectators. If you take me to see the ballet I’m a spectator, because I won’t understand a thing. That’s happened with football. People go to make business deals in the stands.”

Menotti’s ideas are expanded upon by his long-term assistant, Fernando Signorini, in an exclusive interview with Goal.

“Today the pressure is the same, here the people demand of everybody else what they don’t demand of themselves,” says Signorini, who was on Maradona’s coaching staff at the 2010 World Cup. “For that reason, there has been a perverse atmosphere in Argentina in recent years, above all with football, which has stopped being an excellent tool for alleviating the pressure of the really important things in life, to a belief that a game of football will decide the future of an entire nation.

“This is extremely foolish. Football has to remain a wonderful reason to be happy, and an important weapon to help parents and teachers form the best individual possible.

“In a society that needs to change, if football does not serve to educate, and with its cultural elements if it does not serve to transform individuals and in turn society itself, then football serves for very little, or at least solely for the interests of big business.”

Menotti and Signorini believe Argentine football has been corrupted – literally in some cases – to such an extent that society has followed. 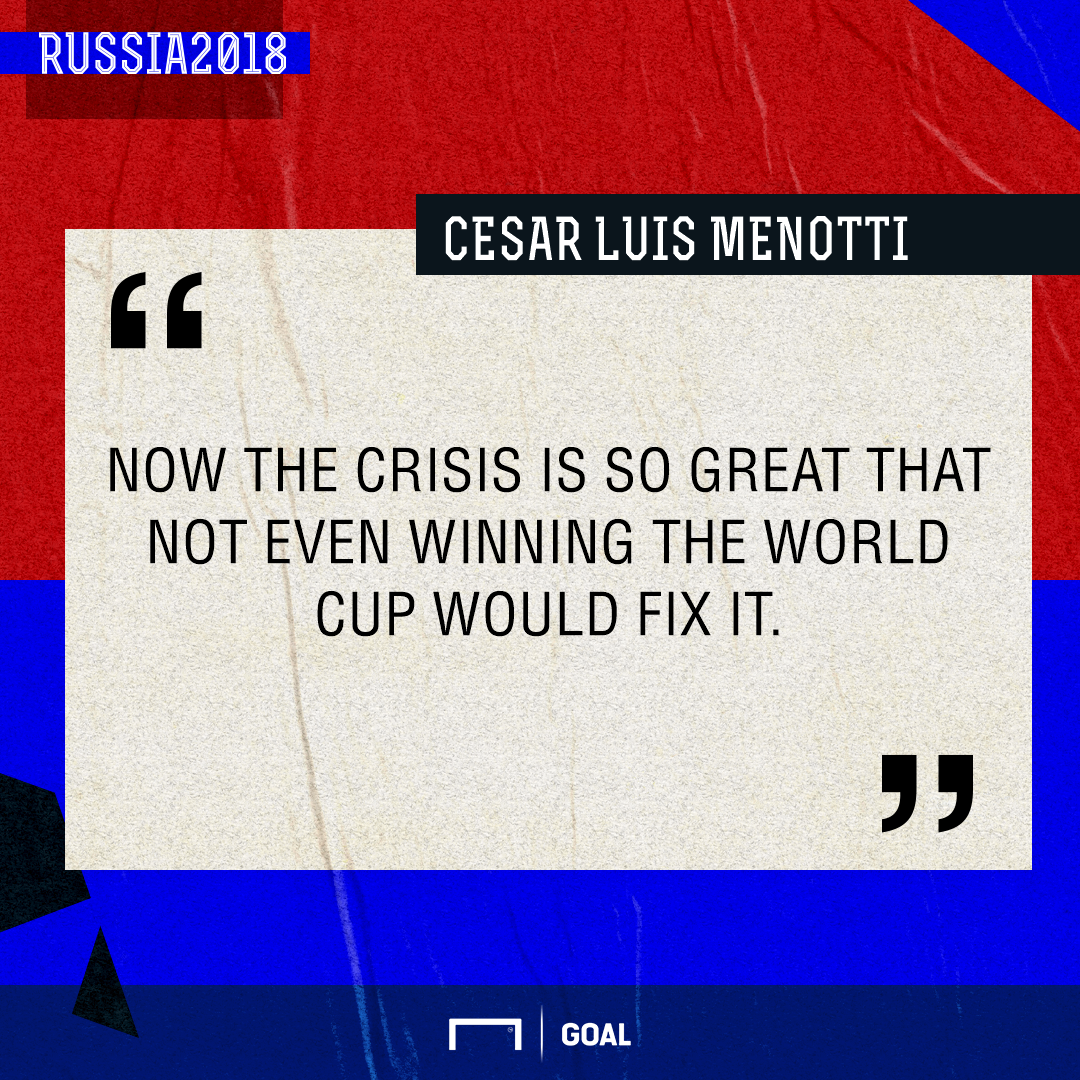 And this is set against a backdrop of yet another period of instability in the country. In the past year, the peso has lost a quarter of its value and, as their World Cup nightmare unfolds in Russia, back home Argentina finds itself in the midst of a $50 billion bail-out by the International Monetary Fund.

But Argentina is no stranger to a social, cultural or financial crisis; 17 years ago it severed ties with the IMF after deeming that its policies triggered an economic meltdown that consigned millions of well-off citizens to poverty.

The period leading up to that, the four years between the World Cups in France in 1998 and in Japan and South Korea in 2002, are known as the great depression, and not because Argentina failed to win a football trophy. A year before the 2002 and 1990 World Cups people rioted in the streets. In 1978, when Argentina won the World Cup on home soil, thousands of its citizens silently resented the team they believed represented a dictatorship that had “disappeared” its critics.

Crises in banks, schools and in parliament have often played out alongside crises on the football pitch, but Signorini believes the situation is now worse than ever.

“In Argentina, we are in this prehistoric era, where football is more important than culture than art than society. Today, more than ever, football in Argentina serves to numb the mind, to form brutal desires, and form opinions.”

He believes the media have perpetuated these issues with intense coverage: “The national team, at the moment, is surrounded by an exaggerated level of coverage, driven fundamentally by the media, that fills the screens, radios and the written press. From the outside, it puts an unbearable pressure on the team.”

It does not help that the players in the team have been told that winning is all that matters since their formative years; Menotti says “there is an urgent need for success” among youth coaches.

That is something that Messi did not initially experience; he left Argentina at the age of 13. Five years later, at the 2006 World Cup, he was given a crash course in the Argentine way of seeing football, of seeing life.

“What you have to understand is that we shaped and educated him to arrive at where he is now,” Gerardo Solario, a member of Jose Pekerman’s staff in Germany, told Goal. “That’s the most useful thing, because of the maldad there is in Argentina when you play football. Messi came to me with the ‘light’ feeling that they had taught him in Barcelona, we taught him what it means to play in Argentina.”

Solario clearly saw this learning curve as a necessary evil: ” Maldad is very cruel, I do not have it in football, my rival is a colleague, not an enemy, but that’s how it is in Argentina. 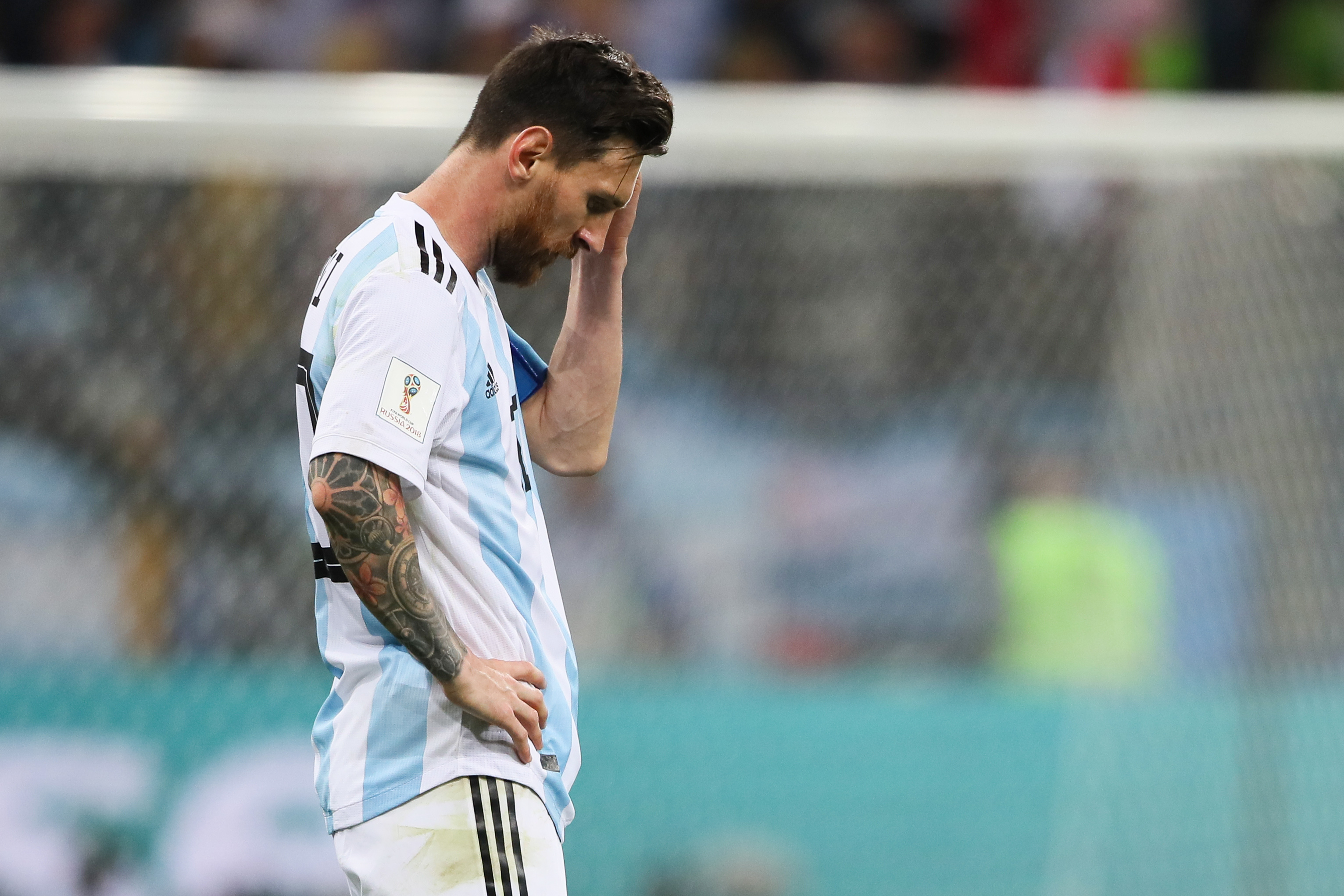 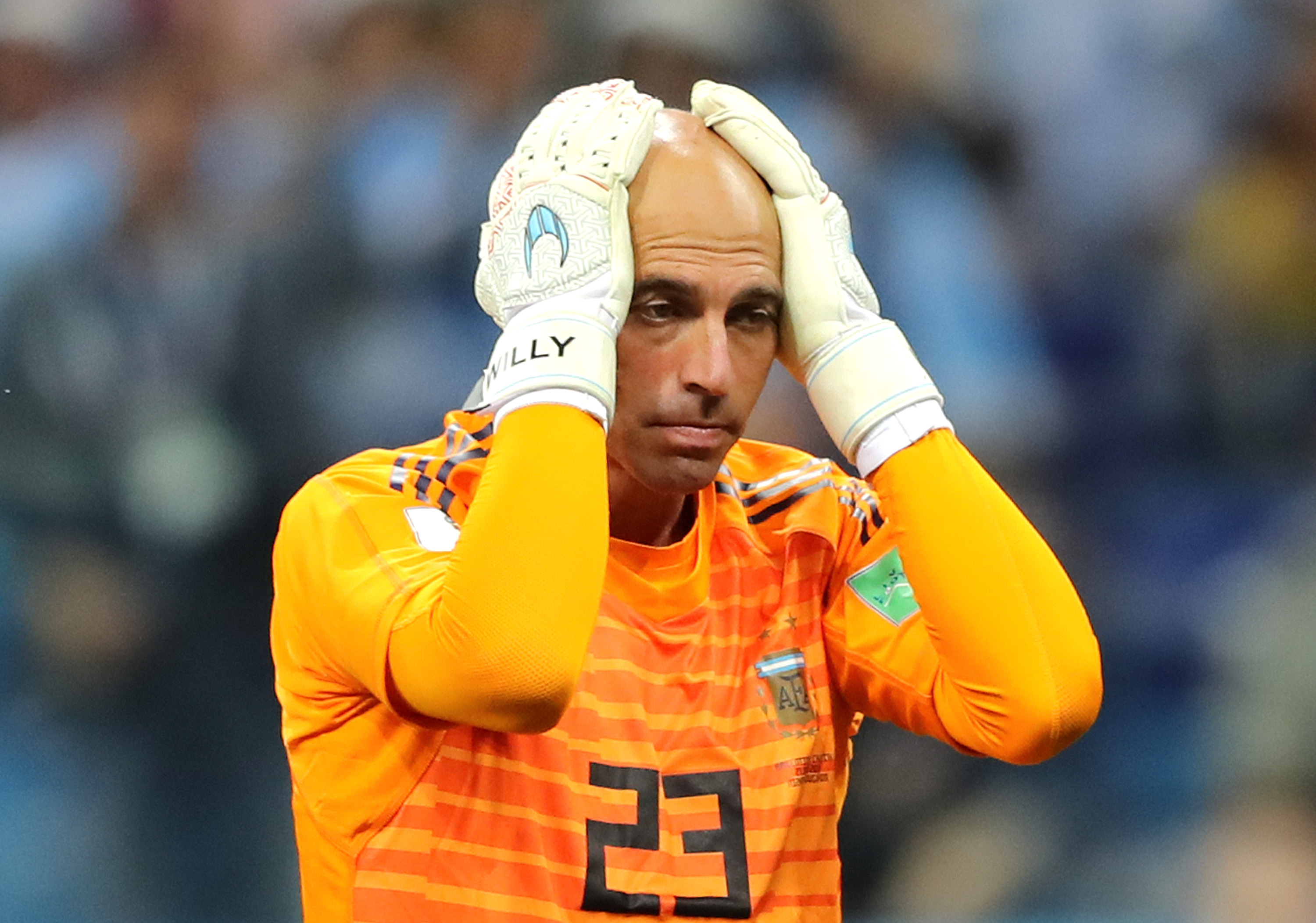 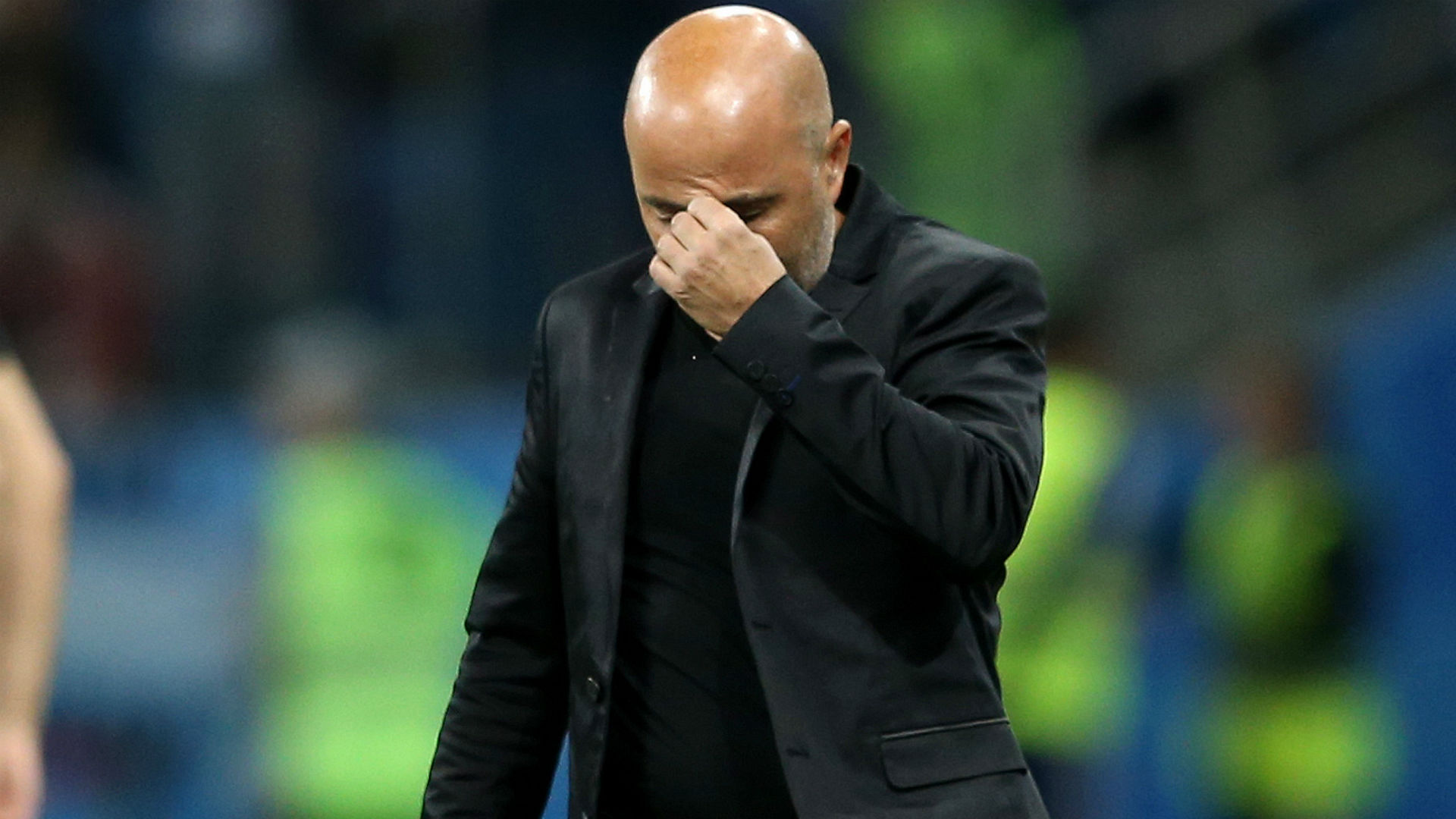 All this explains why Messi was rubbing his head before the Croatia game had even started, why Sergio Aguero looked as if he had seen a ghost when he was substituted moments after Willy Caballero’s error.It is why grown men, professional journalists, held a minute’s silence on live television. It is one of the reasons why around a dozen deplorable fans beat a lone Croatian to the ground, kicking him several times while he was there.

Yet out of all this despair, Argentina can still make it out of the groups. If they beat Nigeria on Tuesday they can make the last 16. They could, in theory, still win the World Cup.

But would it make any difference?