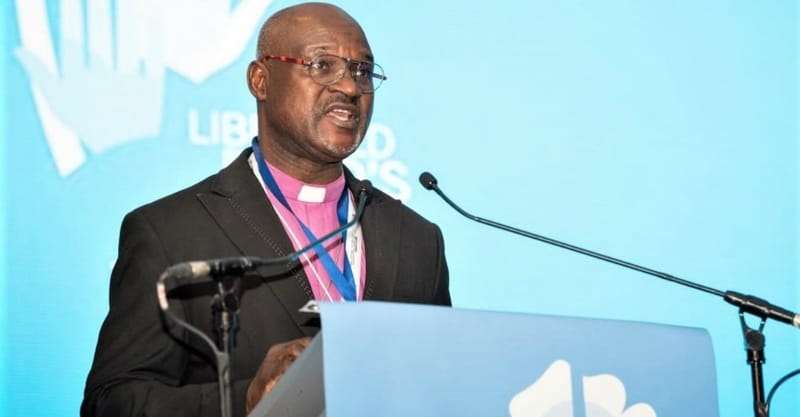 Muslim Fulani herdsmen have killed at least 54 Christians this year in Nigeria’s northeastern state of Adamawa, according to area sources.

In a state where predominantly Christian Bachama tribesmen have formed militias in response to violence by Islamic extremist group Boko Haram and heavily-armed Muslim Fulani herdsmen, Christians were slaughtered in the Numan, Demsa, Lamurde, and Girei areas, the sources said.

“About 400 armed Fulani herdsmen carried out the attacks,” he reported.

“The attack occurred about 8 a.m. and lasted three hours,” Dilli said. “The Fulani herdsmen drove into Gwamba in four trucks and many motorbikes to carry out the attack.”

In apparent retaliation for attacks by ethnic Bachama militia on Fulani families, among the 20 Christians killed by the armed Muslim Fulani herdsmen was the Rev. Haruna Enoch, area residents said. The killings reportedly came in retaliation for an unspecified attack on Fulani families by young men from the predominantly Christian Bachama tribe who have formed militias in response to violence by Boko Haram and heavily-armed Muslim Fulani herdsmen.

Dilli said about 3,000 Christians in the community were displaced after the Feb. 27 attacks, and that it was the second time the community was attacked this year.

“In January, the Gwamba community was also attacked by the herdsmen, and one Christian was killed,” he said.

Also in January, Muslim Fulani herdsmen killed three Christians in Kikon in the Numan LGA. On Jan. 21 the herdsmen drove into the community on motorbikes and destroyed whatever they saw, area resident Mary Amos told Morning Star News by text message.

“They invaded our community at about 2 a.m., burning down houses and destroying farmlands,” she said, adding that other Christian communities in roughly the same period, Mbang and Baga villages, were also attacked.

“The attacks by the Fulani herdsmen occurred at about 4 a.m.,” he said. “They destroyed our houses completely, forcing those of us who survived to flee.”

A day earlier in the Girei LGA, herdsmen killed 15 Christian in an attack on Luru village on Jan. 6, said area resident Christopher Ahmadu.

“The herdsmen attacked these farmers while they were working on their farms,” Ahmadu told Morning Star News.

The Rev. Musa Panti Filibus, president of the Lutheran World Fellowship and archbishop of the Lutheran Church of Christ in Nigeria (LCCN), recently said the killings were undermining the church.

“It is most saddening that the senseless killings and attacks on our people continue unabated,” Filibus told delegates to the General Church Council of the LCCN in Numan town on May 29. “We are disturbed by the monstrous acts of our attackers and killers, who raid, ransack, and set ablaze our villages and towns sometimes in broad daylight.”

Filibus urged Christians in northern Nigeria not to give up praying for the herdsmen and for a halt to the carnage, and to advocate for government action.

“I call us to continue to put pressure on our government at all levels to rise to their responsibility of protecting citizens from internal and external aggression,” he said. “We will continue to condemn in strongest terms possible the brutal and gruesome killings of innocent citizens.”

Five Christians Sentenced to Death
While no Muslim Fulani herdsmen have been prosecuted for the thousands of murders of Christian civilians in recent years in Nigeria, Christians were outraged when a Muslim judge in Yola, capital of Adamawa state, this month sentenced five Christians to death for the killing of a herdsman who had joined attacks on Christian communities.

Abdul-Azeez Waziri on June 11 rejected the self-defense argument of Alex Amos, Alheri Phanuel, Holy Boniface, Jerry Gideon and Jari Sabagi, all residents of the Demsa LGA, in the June 1 killing of Adamu Buba. The judge said the five Christians “willfully and intentionally conspired and attacked three herdsmen rearing cattle, killing one of them, Adamu Buba,” in Kadamun village, Demsa LGA.

Yola resident Zidon Love said in a text to Morning Star News shortly after the ruling that the five Christians are members of the LCCN.

“These five Christians will die if nothing is urgently done to assist them,” he said.

The president of the Christian Association of Nigeria (CAN), the Rev. Samson Ayokunle, said in a June 12 statement that there is no moral justification for the death penalty for the five Christians.

“CAN is not supporting jungle justice or any criminality,” Ayokunle said. “But hundreds of our members [Christians] in southern Kaduna, Benue, Taraba, and Plateau states in the north-central geopolitical zones, and a state like Enugu in the south, have been killed. Citizens stood helplessly at the massacre of their peaceful fellow Nigerians; the international community watched in anguish how government security agencies could not bring perpetrators of these heinous killings to book.”

Ayokunle said that in spite of gruesome killings of Christians in different parts of Nigeria, it saddens the church that no Muslim herdsmen have been arrested and charged.

“We are shocked at the speed of light deployed by security and judicial officers in sentencing the alleged killers of the herdsman in Adamawa state,” he said, questioning the rationale behind the death sentence while Muslims who killed Christians in major Nigerian cities for evangelizing have been set free.

“Why did the court discharge the alleged killers of Madam Bridget Agbahime on the orders of the Kano state government?” he said. “Why have security officials not arrested those behind the killings of Christians in southern Kaduna? Why did Nigeria Police set free those arrested for the murder of Mrs. Eunice Elisha Olawale in Kubwa, Abuja? In view of this, CAN is calling on President Buhari to intervene in the death sentence passed on these Christian youths in Adamawa.”

Ayokunle said CAN leaders have asked attorneys to urgently study the sentencing in order to file a stay of execution motion.

The Pentecostal Fellowship of Nigeria (PFN) also opposed the verdict of the Yola High Court. Bishop Emmah Isong, the PFN spokesman, said in a statement on Tuesday (June 19) that the Pentecostal fellowship’s opposition to the death sentence should not be seen as supporting crime in any form.

Isong, who is also president of the Christian Central Chapel International in Calabar, said there should be equity and fairness when issues involving Christians and Muslims are presented before Nigeria’s courts.

Isong said it is unacceptable to the Pentecostal fellowship that no herdsman has been arrested, prosecuted and condemned to death by any court in Nigeria for killing thousands of Christians in Benue, Taraba, Nasarawa, and Kogi states.

“It looks as if it is vengeance for a Yola court to condemn five Christians to death for allegedly killing herdsman when herdsmen are rampaging everywhere killing and maiming innocent Christians and going free,” he said.

The pastor also said the leadership of PFN will have no option but to mount protests if the execution of the five Christians is not overturned.

“It is high time the federal government had to intervene and to ensure that those Christians are not killed to forestall further religious conflict within that axis,” Isong said. “Instead of killing people for herdsmen, the Nigerian federal government should rather find a way to curtail their activities and provide adequate security to all Nigerians.”

The World Council of Bishops, whose World Episcopal Headquarters is based in Texas, sent a letter dated June 13 to Nigerian President Muhammadu Buhari calling for a halt of the death sentences.

“Nigeria has suffered untold bloodshed from killings, maiming, traumatizing of innocent citizens around the north-eastern, north-central and Middle Belt states, as a result of the frequent attacks by the Fulani herdsmen times without number,” the bishops stated.