VP Pence Says U.S. Embassy Will be Moved to Jerusalem ‘Before the End of the Year’ 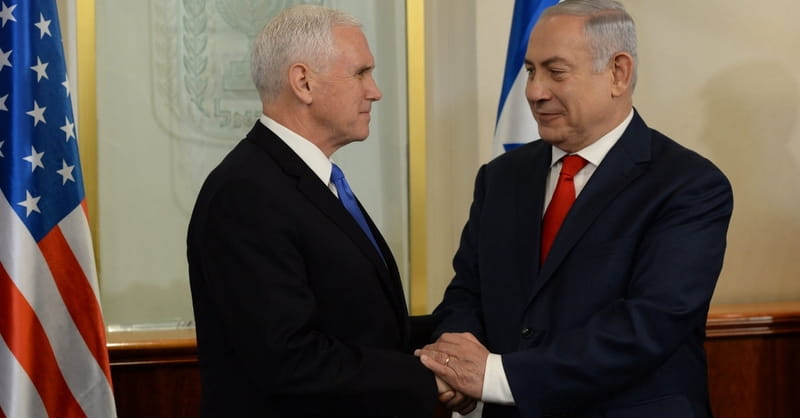 Jerusalem will have a United States embassy in the city “before the end of the year,” Vice President Mike Pence told Israel’s Knesset.

“By finally recognizing Jerusalem as Israel’s capital, the United States has chosen fact over fiction, and the fact is the only true foundation for a just and lasting peace,” Pence told Israeli parliamentarians.

In his speech to Israel’s Knesset, Pence also encouraged Palestinians to reconsider negotiations.

“Peace can only come through dialogue,” he said.

He also said aid was forthcoming for persecuted Christians in Israel.

“For the first time we are providing direct support to Christian and religious minorities as they rebuild their communities after years of repression and war,” he said.

Pence’s words weren’t well received by everyone, however. Arab members of the Knesset boycotted the vice president’s speech.

“We recognize that peace will require compromise, but you can be confident the one thing the United States of America will never compromise is the safety and security of Israel. Any peace agreement must preserve Israel’s ability to defend itself by itself,” he said.

Pence also said that the U.S. would not allow Iran to acquire a nuclear weapon.

“We are your friends,” he said. “And the day is coming when you will be free from the evil regime that suffocates your dreams and buries your hopes. We are with you, and when your day of liberations finally comes, and come it will, the friendship between our peoples will blossom once again.”