“Just say yes and go do it”: On the ground as Houston’s recovery begins

HOUSTON —  “I don’t know how I could ever repay you,” said Howard Holmes to the local recovery volunteers who came to help him.

“Don’t have to. We are the hands and feet of Christ to serve you, today. That’s it, man,” they answered.

Howard Holmes accepted the generosity of strangers. Ninety percent of his Houston street was flooded.

“You switch from everyday life to survival mode,” Holmes explained. 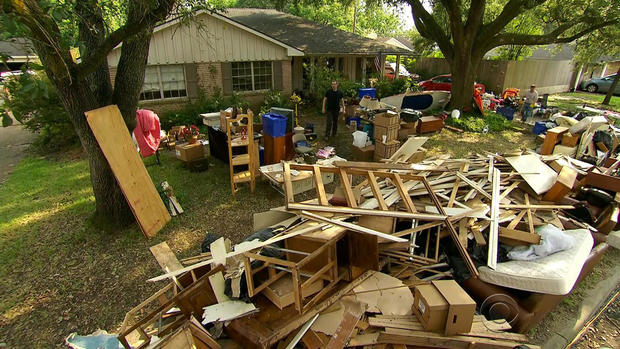 He moved here in 2005 with his wife, Charissa, after their former house burned down.

“We are going to have another house, we are going to rebuild our life. This is Houston. We are Houston proud. Houston strong,” Charissa said.

The men helping to clean out their home are local recovery volunteers, but on Monday, they were rescuers. 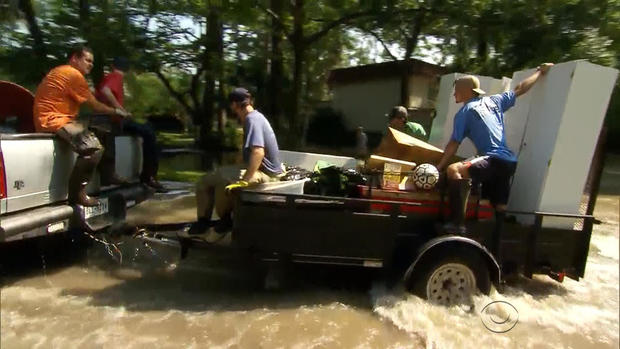 Truett Allen led his navy of civilian Samaritans as they rescued roughly 200 people like Laura Blanton, who was rescued on her birthday.

And along the way, they documented. There was the baby found floating in a fishing bucket. And a message from a woman who wrote Allen: “You saved my brother’s life.”

Rescuers like Jeff Venghaus only took a break from saving lives and rebuilding lives to say a prayer.

“I feel like my life has just stopped to some degree and has shifted to just helping people,” Venghaus said. “We just say yes and go do it.” 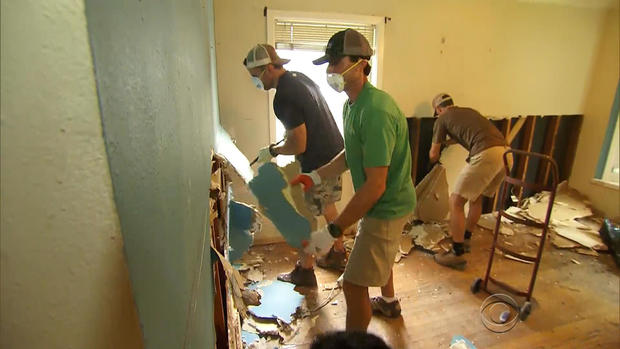 Some neighborhoods in Houston got nearly 10 feet of floodwater. At Holmes’ house, they got just 19 inches — but it ruined nearly everything. Holmes’ neighbors, just around the corner from him, are sleeping in their front yard in a tent, trying to protect what’s left from looters.